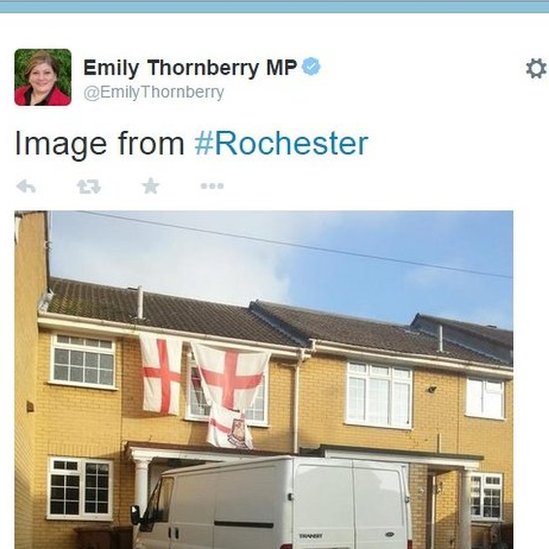 Emily Thornberry has resigned her post as shadow minister as a result of posting this picture in a tweet. Many in the Labour Party are shocked. What a disgrace!

But what is the problem with the picture? It shows a house with the flag of Saint George draped over the windows. It shows a white van. Which of these is disgraceful? Is it the proximity of the flag to the van, implying that Saint George was a white van driver? It is a picture with no comment attached.

It is a picture of how it is. The occupier has every right to fly his flags on his house. His white van is only one of the myriad white vans delivering stuff all over the country and enabling people to ply their trade. Some say it is snobbish. I think it is just how it is.

The occupier is not shy about proclaiming his views (and showing his flags) so I can’t see any problem about causing offence. What is the problem with the Labour Party? I have recently joined the party after a lifetime of voting Labour. I’m not anti Labour but I do question what the politicians are focussing on. There are lots of problems to be sorted out and there are lots of voters who need to be persuaded that Labour recognises what is important.

Flags and white vans? Some people have too much time on their hands.

GET ON WITH SORTING OUT THE COUNTRY!