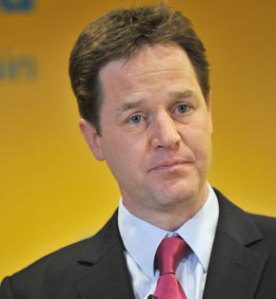 Nick Clegg has raised doubts about the government’s policy on free schools. He has suggested that teachers in these schools should be qualified. The government argues that this would cut out many talented, but unqualified, teachers. What are the merits of the argument?
Bringing in talented, inspiring people to schools sounds like a good idea. People have all sorts of experience and talents to bring as the Tories have long suggested. Remember the suggestion they made that failed bankers would make great teachers? I also recall the suggestion that troops being made redundant from the forces would bring discipline, loyalty and, perhaps skills in killing people. 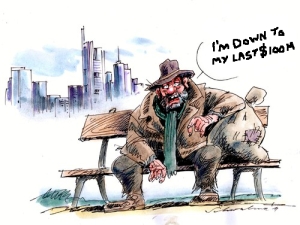 Job for an ex banker?

But surely, if this is a valid argument, it should apply elsewhere too. People with flair and a desire to serve could be brought in to other professions. There are thousands of young men with vast experience of the court system who could be brought in as barristers. They have long experience of defending themselves in court with such brilliant defences such as “It was not me.”, “I was somewhere else at the time.” or “I found the goods lying in the street and I did not know they were stolen”. 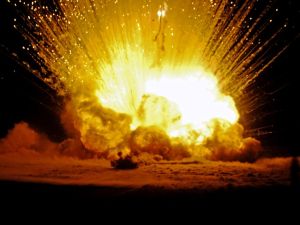 We could go beyond that. The shortage of doctors, especially at weekends, could be solved by bringing in volunteers with some experience of first aid. Why should gas fitters need a special qualification? All you need is the ability to use a spanner and a blowlamp. Why should truck drivers need a special license? Lots of unemployed teenagers can drive cars without a license at all, let them have a go at a truck.
Can we see any good examples of unqualified people in a responsible job? How are they doing? Well we need look no further than the government itself. We have ministers of education with no education qualifications or experience and they are bringing lots of new ideas. Ministers, even prime ministers and Chancellors of the Exchequer have, and need, no qualification. Look at the great job they are doing.
Education statistics show that education standards in England and Wales have not fallen to the bottom of world rankings, not quite. Our economy is booming? – well, it will be soon, we are told, despite the deficit growing rather than falling.
So judge for yourself. Is Nick correct in demanding qualified staff or is the government showing us a vision of things to come?
I have one question, though. Why has it taken so long for Nick to notice this absurdity?